Why Cleanse the Bowel?

A good cleansing program should always begin by removing the waste in your colon, the last portion of your food processing chain. If you attempt to clean your liver, blood, or lymph system without first addressing a waste filled bowel, the excreted toxins will only get recycled back into your body. 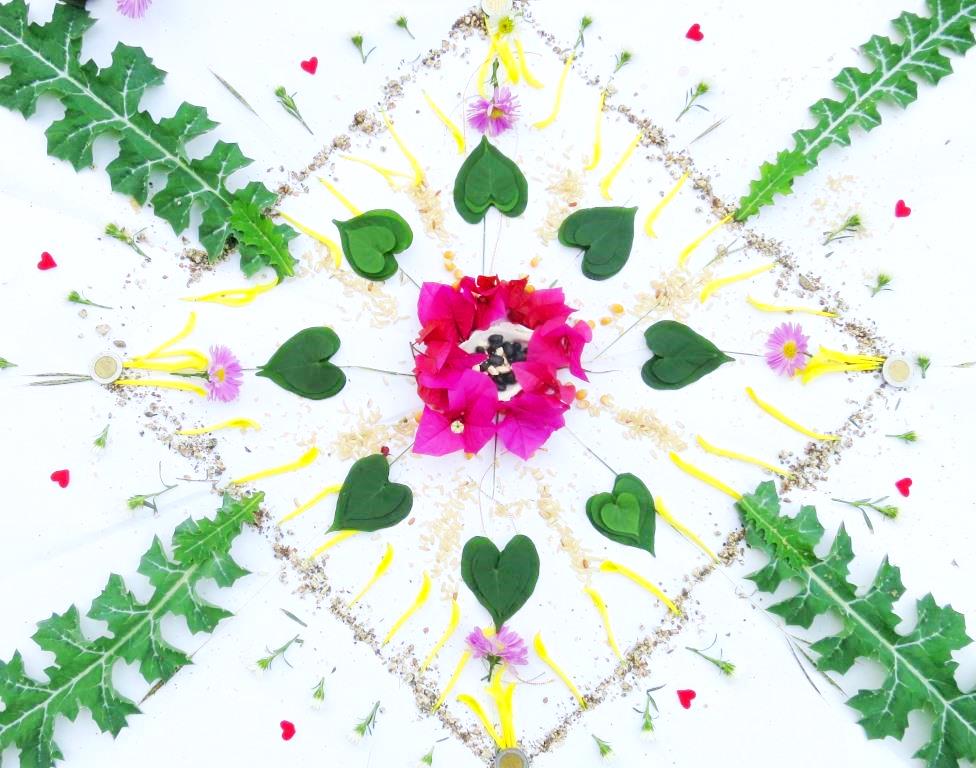 Once we truly understand the “single greatest challenge our body faces is the effective removal of wastes and toxins “, we will never again undermine the importance of frequent, high quality, bowel movements.

Gastroenterologist, Dr. Anthony Bassler, tells his colleagues, “Every physician should realize that the intestinal toxemias (poisons) are the most important primary and contributing causes of many disorders and the diseases of the human body.”

Once the bowel is clean you will be able to absorb nutrients again! Many people experience more energy and  a sense of general well-being after cleaning their bowel out.  Apparently 90% of the body’s supply of Seratonin (happiness chemical) is synthesized in the Gastrointestinal Tract….so by cleaning the toxins and ancient fecal matter out of your GI tract you will be happier, too, as you will be able to synthesize seratonin more efficiently! 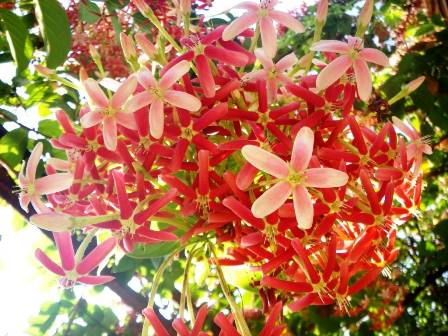 What to Expect from this Cleanse?

Well! The most dramatic story I have about this cleanse is when my boyfriend-at-the-time, back in 2002 was on Day Six of the B&P concoctions. I was in the kitchen and I heard him howling with laughter in the bathroom. Now, at the time I was working as a Moderator at www.curezone.com so we were doing all the cleanses by the book, which meant putting a colander into the toilet bowl before you-know-what, then getting out the chopsticks for the inspection. Soooooo after the laughter + expletives, my boyfriend said, “You’re not going to believe this!” and out he came brandishing a bright shiny penny from 1974! Yep, that’s right. After just six days of eating normally and drinking three glasses of B&P per day he had eliminated a penny that had been stuck somewhere in his intestines for 26 years! He said that an old memory from when he was around nine years old in 1976 of he and his friends dropping dirty pennies into a glass of vinegar to make them shiny had presented itself and he recalled that he had mischievously popped one in his mouth and swallowed it! And here it was 26 years later! Craziness. He had two doctor friends that he retold the story to and both of them were disbelieving, even though he was their friend and it had happened to him! They both said, “But there is nowhere for it to hide for all those years!” And we’re like….”Ahem, there are only 20 feet of squished up small intestine with all kinds of folds, nooks and crannies to hide in!” And anyway, WE knew it had really happened and that was enough for us. These doctors. Sigh…

I also know people who have gotten out wads of what appear to be crayons, strange hard-as-rock objects, clear rice-noodle-like worms, liver flukes and the usual ‘mucoid-plaque ropes’. The ropes start around Day3 and they are pretty fascinating, if you ask me!

Doing the Master Cleanse together with the B&P drinks is amazing, too.

Recipe for the Bentonite & Psyllium Cleanse

Put the following ingredients into a glass and mix together:

Then fill the glass up with water, stir quickly and drink back before it turns into oatmeal. Chase it with another glass of water for good measure.

Day 1: Start with one Bentonite & Psyllium concoction in the morning upon waking. Keep a bottle of warm water by your side and drink lots in the morning with or without lemon or lime juice to get your bowels started, naturally.

Day 2 and beyond: Everyone is different. Some people can jump right in and start taking 3 or 4 glasses of B&P a day, right away on Day 2. Others need to go slowly…starting with one for a few days…see how their bowels move…then add another one last thing before bed. The goal is to get up to between 3 and 4 glasses a day.

Your first Bowel Cleanse using B&P’s can be done for up to 6 weeks. You don’t need to radically alter your diet during this cleanse to release a lot of mucoid plaque and feel and see the benefits, although it’s best to try to avoid mucoid-forming foods such as meats, breads, sugar and dairy.

The Key to this very simple cleanse is to drink your B&Ps on an empty stomach. You must not eat for half an hour to one hour before and after drinking the B&P. That is very important. The Bentonite Clay needs to absorb toxins and the Psyllium husks need to scrub out the corners of your intestines all by themselves. Food will interrupt their work!

One must drink lots of warm water while doing the B&P bowel cleanse to ensure that you don’t get constipated. Remember that warm water stimulates peristalsis and cold water doesn’t. Drink at least 2 liters of warm water a day if you can. 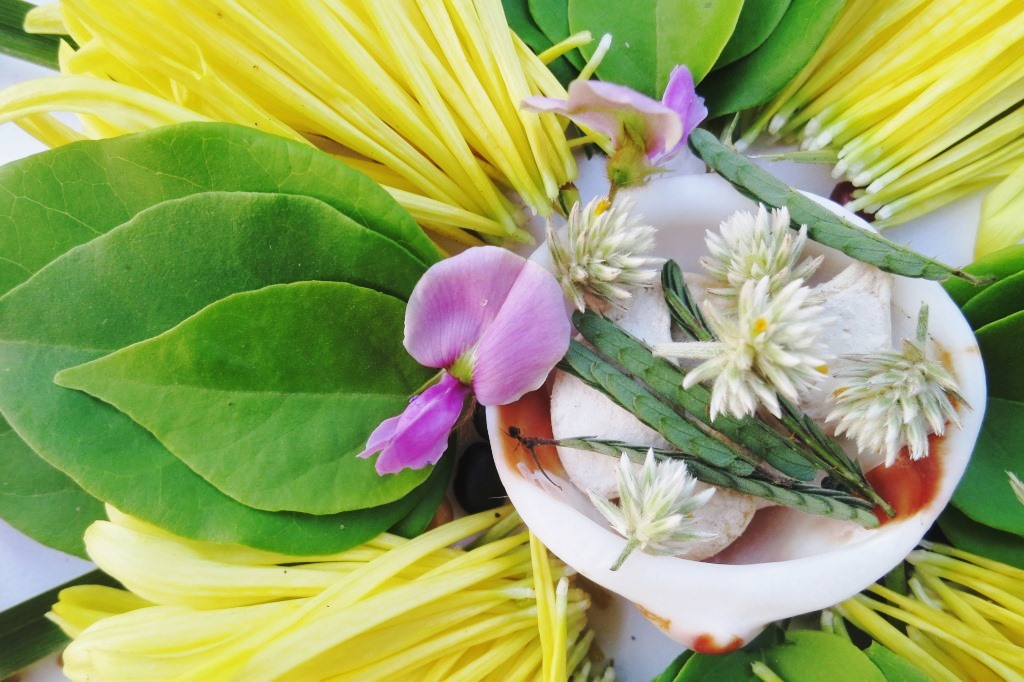 Why is Bentonite Clay Beneficial?

Bentonite is known for its highly absorptive properties and its ability to draw out and bind heavy metals, drugs, radiation in all it’s forms (wifi, nuclear, cell/phone towers, smart meters and radio waves) and other toxins from the body. This clay has been used for thousands of years as both an internal and external purification aid.

Bentonite is one of the volcanic ashes. It is not a drug or chemical composition made in a laboratory. It is a product of Mother Earth. Bentonite in ages past was blown into the sky by volcanic action, which sifted down to help impregnate the soil with its 25 to 35 trace minerals. Bentonite, under a high-power microscope, is seen as extremely minute rectangular particles, similar in shape to a business card. When hydrated, it generates and maintains a very strong electromagnetic field, which allows it to attract and hold unwanted, non-nutritive substances such as pesticides and other toxins so that they can be eliminated from the body

Dr. Jensen, N.D., D.C., Ph.D., suggests using bentonite to absorb radiation from the bones. Since so many of us are subject to various forms of radiation, whether from X-rays or television, phones, towers, or WIFI, this would be something to consider. This could be extremely important for those who have undergone radiation treatment for cancer. Some people take about a cup of extra thick liquid bentonite and put it into their bath water. It is highly effective in drawing out toxins. But too much, too often will dry out the skin.

Since bentonite has such strong absorptive powers, some may be concerned about whether it might absorb necessary nutrients from the alimentary canal as well. Experiments have shown that one would have to make bentonite clay 50% of their food/nutritional intake for it to be harmful to them.

It is important, however, not to take any nutritional supplement at the same time as the bentonite. Especially when used with psyllium, the bentonite will absorb anything of nutritional value such as herbs, friendly bacteria, and vitamins, as well as toxins, bad bacteria and parasites. Be sure to wait 1 hour after doing a bentonite drink before taking anything nutritional.

Scientific research has shown that bentonite’s absorptive action is due to these characteristics. First, it has a large and varied mineral content. Second, it has a negative electrical attraction for positively-charged particles. Third, its particles have the wide surfaces negative-polarized and the edges positive-polarized, which give it an incredible negative pulling power. Fourth, the very minuteness of the particles of bentonite gives a large surface area in proportion to the volume used, thus enabling it to pick up many times its own weight in positively-charged particles.

I have 7-day Cleanse Kits available in my shop that include 21 teaspoons of my Favourite Bentonite Clay (Tierra Buena) in a glass jar and 21 tablespoons of Psyllium in a paper bag + a printed pamphlet describing how you can do this cleanse.